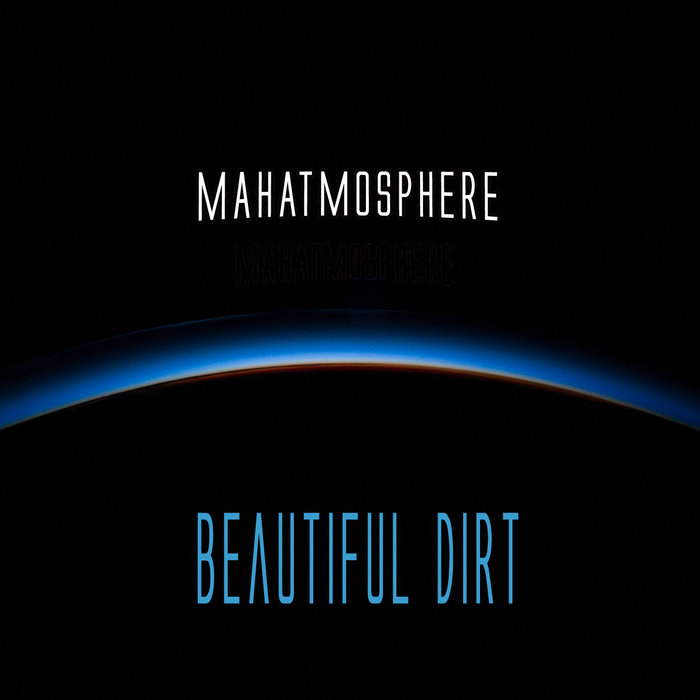 "On its new album Beautiful Dirt, the electric fusion band Mahatmosphere melds molten rock from the earth’s swirling core with the deep organic roots from its crust. The resultant amalgam is comprised of both Zen and grunge. Beautiful Dirt is as compelling as any progressive music in the marketplace today." - Walter Kolosky (Music Journalist / Jazz Rocks Podcast)

Mike Jacobs (All About Jazz)

Ever wished electric jazz would just drop a tab?

Track them down on YouTube and you will find this UK-based electric trio—consisting of drummer Marco Anderson, guitarist Mark Lawrence and bassist Al Swainger—very much in the live, group improvisational mode. Of course, this carries over onto Beautiful Dirt but feels appropriately different since they have put the larger depth of field the studio offers to great use.

The album opener "Watching The Skies (Over Syria)" is a burgeoning, well-layered invocation in which Lawrence deploys a range of influences from Reichian ephemera to the fierce viscerality of early McLaughlin.

The ensuing twelve-minute title track leads into more anarchic waters which display the group's stream-of-consciousness interplay ethos—often with Swainger's deep churnings pulling the tide. It is also in this general context that Anderson's drum work shows its finest qualities—never over-playing, picking up spontaneous cues, conversing, yet cementing what might otherwise be overly-amorphous proceedings into something more cogent.

Subsequently, there is the melancholy "No Me He De Regresar (I Will Not Return)" with its Lawrence-induced Torn/Fripp afterglow, the brief (and nearly straightforward) space-jam of "Mahatmafunk Intercession," and the elongated climatologies of "Stealth Blade" and "Heavy" to round out Beautiful Dirt. All provide deviations in scenario but do much to reinforce that the group forte here is in sympatico atmospherics.

While their work on Beautiful Dirt shows that Anderson, Lawrence and Swainger can surely play, the album's thrust is clearly less an exploration of chops and compositional prowess than creation of evocative sonic microcosms—or macrocosms as it were. As such, ambient music fans will most likely find this a substantial offering—with the extra heft coming in from the jazz-rock influence and their collective gift for audio sculpting. Those looking for more traditional melodic hooks, compositions or advanced harmonic explorations to latch onto might find this album a bit lean—or even head-scratching. It all depends.... do you want a red pill or a blue pill?

In any case, Mahatmosphere's savvy explorations in sound will go a long way to either awakening an under-utilized part of the jazz brain or indeed expanding the ambient one. Whichever head-space you may approach from, Beautiful Dirt is a rabbit hole worth following them down.

Bandcamp Daily  your guide to the world of Bandcamp